REINCARNATION (AND PAST LIVES). 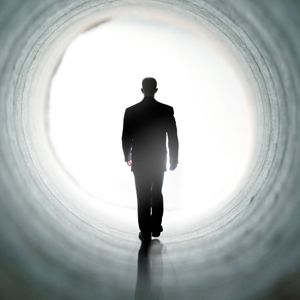 I have put off writing this article for the reason that after having done some further study to compliment what I felt I already knew about the subject – I realised very quickly there are two very clear view-points – one section of the world believing in reincarnation (and past lives) and the other not. And I might add here that is perfectly okay. Having sat with this for a week I’m going to give the information as simply as I can (I’ll add here it’s a very involved topic) and leave it up to the reader to work out with Discernment what ‘works for them’.

One thing is apparent and that is reincarnation is becoming a more widely believed concept throughout the world with one in five people in the United States believing in it. Elsewhere it depends predominantly on religion and the beliefs of each one. It is obvious also with the media becoming more interested in such things as ‘past lives’, people are becoming more aware that reincarnation could exist.

So what is reincarnation? The literal meaning is ‘to be made flesh again’. It is when a part of us called the ‘soul’ leaves the body upon death – taking with it the remembrances of it’s experiences, plus learnings in this life time. It then exists somewhere else other than earth and when appropriate it takes all those experiences and learnings with all the experiences and knowledge from other life times returning back to earth in another body.

From where did reincarnation originate? Some say it originated in Southern India and that people as far back as 2,000 to 3,000 years ago were discussing the concept. Within India the idea of reincarnation could have been even older. It is known that the Greek philosopher Plato referred to it in his writings and Pythagoras even said he could remember his past lives.

Nowadays Hinduism is one of the major religions which follows this belief in reincarnation whereas Buddhists – by contrast see the cycle of life in a different way. They see life more as an endless cycle in which we are all part of a universal and all-encompassing energy. Although having said this, Buddha is thought to have described his many incarnations in his teachings.

As far as the Christian fraternity is concerned there are many early well known Church fathers who believed in the doctrine of reincarnation such as St. Augustine and St. Gregory of Nyssa.

Things started to change from 250 A.D. to 553 A.D. due to the beliefs of Origen of Alexandria – a theologian and believer of reincarnation who seemingly helped cause the debates and controversies that occurred around his teachings culminating in 553 A.D. (some 70 years after he died – as a martyr) at the Second Council of Constantinople where his doctrines were condemned. The political (and religious) ramifications that followed this can be explored and argued. It appears to be one of those things that is best left to the individual to find out for themselves and make up their own mind – with Discernment. There will be some explanation of how we can use ‘Discernment!’ added to Articles – soon!

As with ‘reincarnation’ the subject of ‘past lives’ can be observed from two sides – from the view point of believers and from those more of the scientific ‘bent’ – most of whom are sceptics. Dr. Ian Stevenson is well known for his scientific approach and for his life-work of some 30 years exploring this subject.

He documented (not through hypnosis which isn’t scientifically accepted) the spontaneous past life memories of children. He methodically recorded each child’s statements of a previous life identifying the deceased person the child remembered being. He then verified the facts of the deceased person’s life that matched the child’s memory. Through his research it has been found that sometimes certain wounds and scars will match the deceased which have been verified by medical records.

On the other hand – on a more ‘alternative’ note Dolores Cannon has had over 40 years experience in regressive hypnotherapy and has published over 17 books on the subject. She found a new hypnosis technique wherein she was able to connect with what she called ‘the greatest force there is, and it’s a source of knowledge. I found the way to have it come through every single person that I work with, and I’ve worked with thousands of people’.

Some of her books include information about: life on other planets; energy healing; famous people such as Jesus and Nostradamus; life in the Universe; the history of Atlantis and much more. The books from my viewpoint make fascinating reading and as she says ‘each book has the tendency to ‘bend the reader’s mind like a pretzel.’ ‘The Convoluted Universe’ series explains the Energy Shift that is going on with Earth now. You may like to ‘Google’ Dolores and find out more information about her and her work.

I will leave it up to you to figure out whether you feel there is such a thing ‘as past lives’.

And a question to finish with! If you believe and feel there is such a thing as ‘past lives’ does this mean that ‘reincarnation’ is real? I’ll leave this up to the reader and maybe you might like to make a comment.