WHAT IS THE HARMONIC CONVERGENCE? 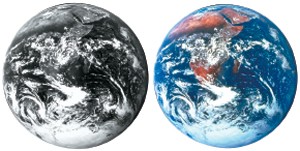 The Harmonic Convergence was an occurrence that heralded the start of a number of huge changes on an energy level for Earth and for those who lived on her at that time.

It was the name given to the world’s first globally synchronised meditation events which occurred from 16th August to 17th August, 1987. It was predicted by Tony Shearer in his book ‘Lord of the Dawn’ (1971) and the organiser of the event was Jose Arguelles. The latter was well versed in the significance of Maya celendrics, but the dates themselves apparently did not come from Maya cosmology, but from Tony Shearer’s reconstructed Aztec prophecies.

Back in 1987 I was still in Melbourne endeavouring to work out a relationship that meant a lot to me. I now see with hindsight (which is easy) that I was at a cross-roads and the change in energies around that time was pushing me to make a choice. It meant making up my mind – ‘would I stay in a relationship that wasn’t working or do something different?’ I chose to acknowledge ‘the pull’ towards spirituality and what that entailed and eventually moved to Noosa.

Many planetary changes occurred after 1987 with such events on a political level as the fall of the Berlin Wall; Brazil turned from dictatorship to a democracy; Nelson Mandela after 27 years in prison was released and the Apartheid system in South Africa fell apart, and the political situation in Russia totally changed. Who would have guessed in the early 1980’s that any of these extraordinary things would have happened?

The Harmonic Convergence and the change of energies at the time presented an energetic doorway for humanity to make new choices. It is explained by Kyron channelled by Lee Carroll (who has given talks to the United Nations on a number of occasions) that those on a higher level were given a choice. They were asked if they wanted to be involved in turning around the energy that was present after 1945 – the ‘war energy’ that was lingering from the two World Wars. The answer was ‘yes’. The following is an extract from this channel and to read the balance please see details at the bottom of this article:

‘The big picture, as you have seen it and it has been described over these last years, involved the Harmonic Convergence in 1987. This has come to be known as the 11:11, a time of great shift and potential change. It was a time of agreement with other parts of yourselves on the other side of the veil – a planning session. All humanity that had been here and was going to come here was involved in this shift, not just those on the planet at the time. Therefore, it was a quantum decision and the pieces and parts of all of you, most of who were not actually on the planet, were polled. And this polled group decided to shift. And if that shifting process was going to work for you, new types of energy would have to be delivered to this planet… a lineage of activities and deliveries would have to occur in a certain order for other physical and non-physical attributes of Earth to be activated. It’s these “other things” I wanted to tell you about. Every single thing I’m going to mention now I have mentioned in the past, but I have never put them together like this and it’s time you heard it’.

We have experienced many more ‘energetic doorways’ to awaken and evolve since 1987 such as the Harmonic Concordance; the Venus Transit; the Paradise Matrix; 11:11 and 12:12. With these shifts in energies came a number of changes to the magnetic grids of the Earth which have helped to change our DNA and much more within us. We are being given the knowledge to work with our cells (and DNA) and change our biology and our bodies.

We are now in the exciting position of being able to use these shifts in energy in conjunction with the knowledge we’re being given to help us ‘awaken’ even more, plus put the information we are learning to use. How we experience our ‘future’ reality gets back to how prepared and ready we are to create our ‘new world’. We are being given the knowledge and the skills to do so and now it’s up to us.