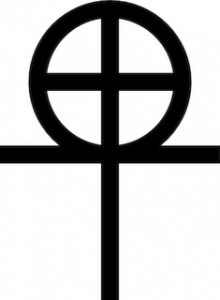 As I will be referring to ‘gnost’ in some of the information that will be posted on this site I feel that it would be best to give a short explanation of what it means. So here goes!

These words ‘gnost’, ‘gnosticism’ and ‘gnostic’ come from some 52 ancients texts which are called the ‘Gnostic Gospels’ and were written somewhere between the 2nd to the 4th century AD. The word ‘gnostic’ comes from the Greek word ‘gnosis’ which means ‘knowledge’ and is used in Greek philosophy in a manner that ‘enlightenment’ and ‘insight’ are used in English.

There is a huge amount of information regarding the history of this ‘movement’ and I am going to keep to what is relevant.

Gnosticism is a philosophical and religious movement  which commenced in pre-Christian times and it is thought that it may have had it’s source in the Jewish community of Alexandria, and later was taken on by some Christian groups in Judea and Galilee. It is not an intellectual rational knowledge such as science and mathematics and would be best described as involving the experiential knowledge of God and of the divine and spiritual nature within us.

This movement was almost wiped out in the 5th Century AD due to the efforts of the Catholic heresy hunters and the Roman Army. Due to the discovery of an ancient Gnostic library at Nag Hammadai, Egypt in the 1940’s plus the find of the Gnostic Gospel of Judas also in Egypt in the 1970’s, interest has been gained recently in Gnosticism.

Now to some helpful ‘now’ information – I trust! Tobias (son of Tobit in the Old Testament) channelled by Geoffrey Hoppe from Crimson Circle has covered a more up to date explanation of the word ‘gnost’ and how it can be used. I will add a section and more can be found by using Google and looking for ‘gnost and Crimson Circle’. See exact details below.

Tobias has explained ‘………..gnost as being the “solution”. Gnost is the creative flow. Gnost is an energy that has not been used in eons of time, and as gnost comes in, it bridges the divine and the human, and as a creator you allow gnost to flow in. Instead of being bound and restricted by problems and challenges, you simply allow gnost to come in to present the clear and open solution’. That sounds great to me.

For those who would like more information regarding what Tobias has explained (at length) about gnost and particularly how we lost it back in the time of Atlantis – you can find it at:

(The picture shown is the symbol for Gnosticism).