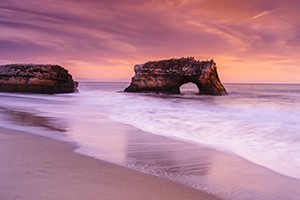 Much has been written about the amazing times we are living in. There was meant to be a ‘melt-down’ – some catastrophe – at the beginning of this century which we obviously didn’t have. Many people including the Mayans (who as gifted mathematicians developed the Mayan Calendar) made predictions about the possible ‘end-time’ of 2012 as many preferred to call it. Neither of these forecasts came about fortunately and it wasn’t the end of the planet.

With the coming of the Harmonic Convergence in 1987 the energy changed on Earth – from one focused on wars and other unbeneficial things to one where our consciousness has risen and is continuing to do so plus our awareness is changing and opening up to different ways of looking at things. Many of us are realising that changes are happening and a lot more is occurring than can be easily seen with our eyes! We can feel it ‘deep down’.

Actually it’s simply the beginning of a new way of ‘being’ on Earth and we will be part of that (if we choose to be). As we create our own realities, we can create the future any way we want it to be. So if we focus on ‘doom and gloom’ – guess what we’ll experience in our own ‘personal world’. When we focus on the opposite – connection, love and compassion (as the Dalai Lama talks about) we’ll live in that world – I know which one I’d prefer to be living in.

For example going back 35 years ago, who of us would have said that the Berlin Wall would fall, or for that matter seen the changes coming in the Soviet Union that occurred not that long ago? And in more recent times – in the last 3 + years we have seen 911 occur, followed by a number signs of what we could call ‘peaceful revolutions’. Ones such as the Occupy Wall Street protests in late 2011; protests against Monsanto in 2012; anti-austerity ones all over Europe and similar ones in Brazil in 2013; the protest in Cairo, Egypt also in 2013 followed by a climate change march and lately a huge Walmart strike. These are just some of the obvious signs of a ‘quiet revolution’ happening.

Even though parts of the media are still trying to hide the truth  – there have been glimpses of what’s ‘real’ and there has been enough evidence getting through to break this ‘illusion’ that all is well. Benjamin Fulford is one well known journalist who is assisting in dismantling the illusion. He retired from his job at Forbes Magazine in 2005 because he was dismayed at the media censorship and has been writing for the past few years letting the public know of what is actually happening on a geopolitical level. Much is occurring that we as the general public are unaware of through what we hear or read in the ‘news’. It is with the help of such people as Fulford that we are starting to wake up that what we read or hear is not always ‘how it is’.

We are starting to question and to take a good look at whether what we are experiencing in our present realities is what we really want in our lives. Gregg Braden has said:

“Our beliefs have the power to change the flow of events in the universe – literally to interrupt and redirect time, matter, and space, and then events that occur within them”.

We have so much taking place on many levels – such as the extra energies (coronal mass ejections) from the sun during the past few years. These are affecting our bodies – our cells and DNA and many on Earth are experiencing emotional and physical as well as mental repercussions from these new energies. For more information regarding this refer to the ‘Spiritual Awakening Symptoms!’ extract in Articles/News and check out the ‘Walking in Two Worlds!’ workshop to be held late June in Workshops.

N.B.
I will continue to hold Events on the Sunshine Coast (and elsewhere as well) in the near future which will cover ways to make our journey here on planet Earth – right now – easier and more graceful! The next workshop is ‘Walking in Two Worlds!’ at Cooroy Library on 27th June – for details see Workshops.